Adicionar ao carrinho. Classificar por. Mais bem avaliados Mais recentes Mais bem avaliados. Filtrar por. Tente novamente mais tarde. Formato: eBook Kindle. Ravage the Moon and Other Short Stories consists of four short stories of which three are divided up into a number of relatively short "chapters," so that they read more as novellas than as conventional stories in this genre. To start, the Farkases are no usual family--after all, Captain Bruce Farkas has to be locked up once a month in a specially constructed underground bunker, while his son, instead of having to worry, like his friends do, "about who to ask to the Northwest Middle School Dance," has more pressing concerns regarding how to survive turning into a bloodthirsty and rapacious lycanthrope.

In the first longish short story in this collection, Runyan's protagonists are revealed as full-blooded characters who are capable of responding warmly towards one another within the domestic environs, but who yet, in changed form, have the strength and ferocity of uncontrollable beasts of prey. The fast pace of Runyan's stories, due to their concentration on sequenced action, gives a sense of immediacy and briskness to the text that never allows the emotionalism of his characters to get in the way of his storytelling.

However, despite these stories being of "danger, suspense and intrigue," they are rich in their humanity and understanding of the human psyche. The cumulative effect of this strange trio is deeply moving and thought provoking.

Papa, Please Get The Moon For Me (The Very Hungry Caterpillar and Other Stories)

It's increasingly rare in this thoroughly post-post-modern age to raise the kind of questions in fiction Coetzee handles so masterfully - right down to what is it, exactly, that we expect or need from our novels. It's telling that, for all of his serious pronouncements on subjects ranging from censorship to pedophilia to the use of torture, it's finally a few pages from The Brothers Karamazov that brings him to tears. Moving, wise and - how's this for a surprise - funny and lightly self-mocking, Diary of a Bad Year might well be the book of the year and Coetzee is surely our essential novelist.

We haven't stopped thinking about it since we set it down. The Indian Clerk by David Leavitt David Leavitt's magnificent new novel tells the story of the unlikely friendship between the British mathematician G. Hardy and Srinivasa Ramanujan, mathematical autodidact and prodigy who had been working as a clerk in Madras, and who would turn out to be one of the great mathematical minds of the century.

Ramanujan reluctantly joined Hardy in England - a move that would ultimately prove to his detriment - and the men set to work on proving the Riemann Hypothesis, one of mathematics' great unsolved problems. The Indian Clerk , an epic and elegant work which spans continents and decades, encompasses a World War, and boasts a cast of characters that includes Bertrand Russell, Ludwig Wittgenstein and Lytton Strachey.

Leavitt renders the complex mathematics in a manner that resonates emotionally as well as intellectually, and writes with crystalline elegance. The metaphor of the prime number — divisible only by one and itself — is beautifully apt for this tale of these two isolated geniuses.


Leavitt's control of this dense, sprawling material is impressive — astonishing, at times — and yet despite its scope, he keeps us focused on his great themes of unknowability and identity. The Indian Clerk might be set in the past but it doesn't resemble most so-called "historical fiction. View our full week of coverage here. Treating his characters with both affection and respect, Ferris takes us into a Chicago ad agency at the onset of the dot-bomb. Careers are in jeopardy, nerves are frayed and petty turf wars are fought. But there are bigger stakes in the balance, and Ferris' weirdly indeterminate point of view that's mostly first person plural, underscores the shared humanity of everyone who has ever had to sit behind a desk.

It's a luminous, affecting debut and you can read the first chapter right here. Christine Falls by Benjamin Black Coming to these shores at last, John Banville's thriller, written under the nom de plume Benjamin Black, has drawn rave reviews across the pond since it first appeared last October. Those who feared Banville might turn in an overly literary effort needn't worry. Influenced by Simenon's romans durs hard stories , Banville unspools a dark mystery set in s Dublin concerning itself with, among other things, the church's trade in orphans. Dublin is rendered with a damp, creaky specificity — you can almost taste the whisky.

If author interviews are like crack to us, then the Paris Review author interviews must surely be the gold standard of crack a comparison Plimpton might not have embraced. Who can possibly turn away from the likes of Saul Bellow, T. The interviews are formal and thoughtful but never dry and can replace any dozen "how-to" books on writing.

What can be more comforting than hearing Bellow, answering a question on preparations and conception, admit "Well, I don't know exactly how it's done. The "Volume I" in the title, with its promise of more volumes to come. And we might even say "ever" if Dubliners didn't cast such a long shadow. 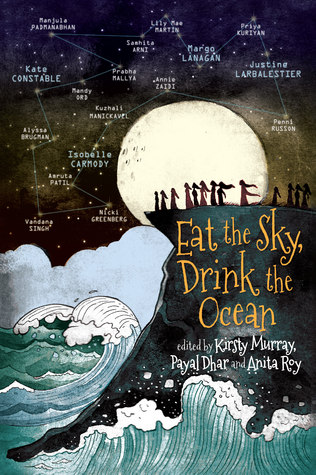 The short story is not our preferred form but D'Ambrosio's eight brilliant stories are almost enough to convert us. Defy the conventional wisdom that short story collections don't sell and treat yourself to this marvel. We're especially partial, naturally, to "Screenwriter". This slim, witty memoir follows Bouillier through the party from hell, and is a case study in Gallic self-abasement.

But fear not — just when it seems that all is, indeed, random and pointless and there is no Deeper Significance, salvation arrives in the unlikely form of Virginia Woolf, and the tale ends on a note of unforced optimism. Ticknor by Sheila Heti When George Ticknor's Life of William Hickling Prescott was published in , it received rapturous notices, and reviewers were quick to point out that the long-standing friendship between Prescott and Ticknor made the latter an ideal Boswell.

Sheila Heti has pulled this obscure leaf from the literary archives and fashioned a mordantly funny anti-history; a pungent and hilarious study of bitterness and promise unfulfilled. As a fretful Ticknor navigates his way through the rain-soaked streets of Boston to Prescott's house "But I am not a late man.

I hate to be late. Unlike the real-life Ticknor, this one is an embittered also-ran, full of plans and intentions never realized, always alive to the fashionable whispers behind his back. Heti seamlessly inhabits Ticknor's fussy 19th-century diction with a feat of virtuoso ventriloquism that puts one in mind of The Remains of the Day.

Heti's Ticknor would be insufferable if he weren't so funny, and in the end, the black humor brings a leavening poignancy to this brief tale. But don't let the size fool you — this page first novel is small but scarcely slight; it is as dense and textured as a truffle. Lifted out of the context of some of the magazine's worst twee excesses, the interviews stand admirably on their own as largely thoughtful dialogues on craft. A handful of interviewers seem more interested in themselves than in their subjects but in the main this collection will prove irresistible to writers of any stripe - struggling or established - and to readers seeking a window into the creative process.

In The Sea , we find Banville in transition, moving from the icy, restrained narrators of The Untouchable, Eclipse and Shroud toward warmer climes. Max Morden has returned to the vacation spot of his youth as he grieves the death of his wife.


Remembering his first, fatal love, Morden works to reconcile himself to his loss. Banville's trademark linguistic virtuosity is everpresent but some of the chilly control is relinquished and Max mourns and rages in ways that mark a new direction for Banville - and there's at least one great twist which you'll never see coming. Given the politicized nature of the British literary scene, Banville's shot at the prize might be hobbled by his controversial McEwan review but we're rooting for our longtime favorite to go all the way at last.

In this lovely, elliptical, melancholy "fictional memoir," Berger traverses European cities from Libson to Geneva to Islington, conversing with shades from his past — He encounters his dead mother on a Lisbon tram, a beloved mentor in a Krakow market. Along the way, we're treated to marvelous and occasionally heart-rending glimpses of an extraordinary life, a lyrical elegy to the 20th century from a man who - in his eighth decade - remains committed to his political beliefs and almost childlike in his openness to people, places and experiences.

There's no conventional narrative here, and those seeking plot are advised to look elsewhere. But Here is Where We Meet offers a wise, moving and poetic look at the life of an artist traversing the European century from a novelist whose talent remains undimmed in his twilight years. SECOND LOOK The Bookshop by Penelope Fitzgerald Penelope Fitzgerald's second novel is the tale of Florence Green, a widow who seeks, in the late s, to bring a bookstore to an isolated British town, encountering all manner of obstacles, including incompetent builders, vindictive gentry, small minded bankers, an irritable poltergeist, but, above all, a town that might not, in fact, want a bookshop.